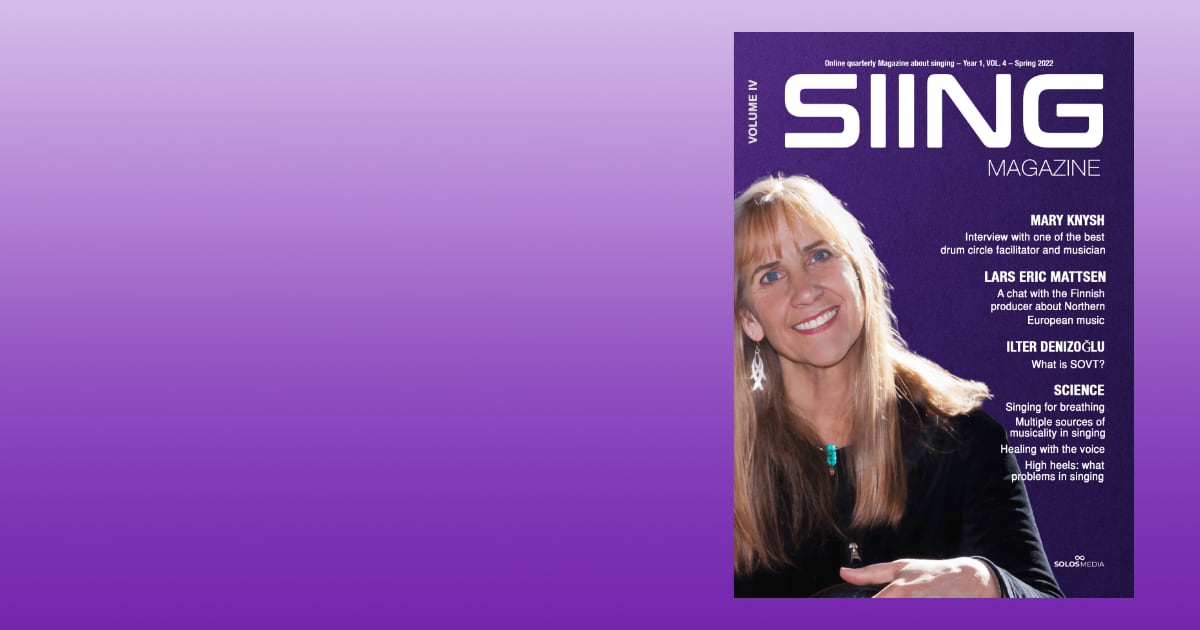 With this fourth edition, we have reached the end of the first year of Siing Magazine publications, achieving what we set out to do: entering the world of online publishing with a magazine dedicated to voice and singing.
I believe it is essential to thank those who believed in this project, starting our numerous subscribers who have fueled the discussions both with comments and emails on the various channels, and all the authors/bloggers who contributed to the writing of these four issues or our magazine.
Together, we tried to bring the word song into various sections to clarify that it is a performative tool and a useful tool for the improvement of society and how we as a society live together and relate to singing and its powerful transformation qualities.
Among the authors, I would like to thank Barbara Bergomi, who believed in the idea and supported it in the design and management part; many women have collaborated with us, giving the magazine a strong feminine imprint.
Today, I want to focus attention precisely on the importance of the female figure that I believe has allowed us to build Siing Magazine, be attentive, and be very strong in the search for detail and innovation.
In these four numbers, we also talked about transgender and non-binary, highlighting with great simplicity, and above all, with great fundamental willingness, the importance of singing considering the person beyond any gender dimension, and it’s here that the art of singing teaches us a lot: it teaches us to respect, live the mystery, welcome differences and to embrace them, it teaches us how is possible to relate and understand each other by becoming a communication bridge between people of any gender, of any ethnicity, of any shape or origin.
Singing takes on an “ecumenical” value where there is a spirituality that unites everyone, which is the expression of the voice, the expression of an instrument that makes us free to communicate and capable of bringing out the best of self and others. Singing is a tool that allows you to make people more beautiful, stronger, and more transparent, to the point that, as I always say, it should be impossible for the land where singing exists to be at war.
I conclude by saying that singing lives in each of us without elitist principles and allows each of us to savor the beauty of an art that is not only primordial but also mysterious. See you next year with other news and a renewed desire to sing and express ourselves.

You can direct your questions and comments to us at
info@solosmedia.net

Contents in this issue…

The content of this article
is for subscribers only