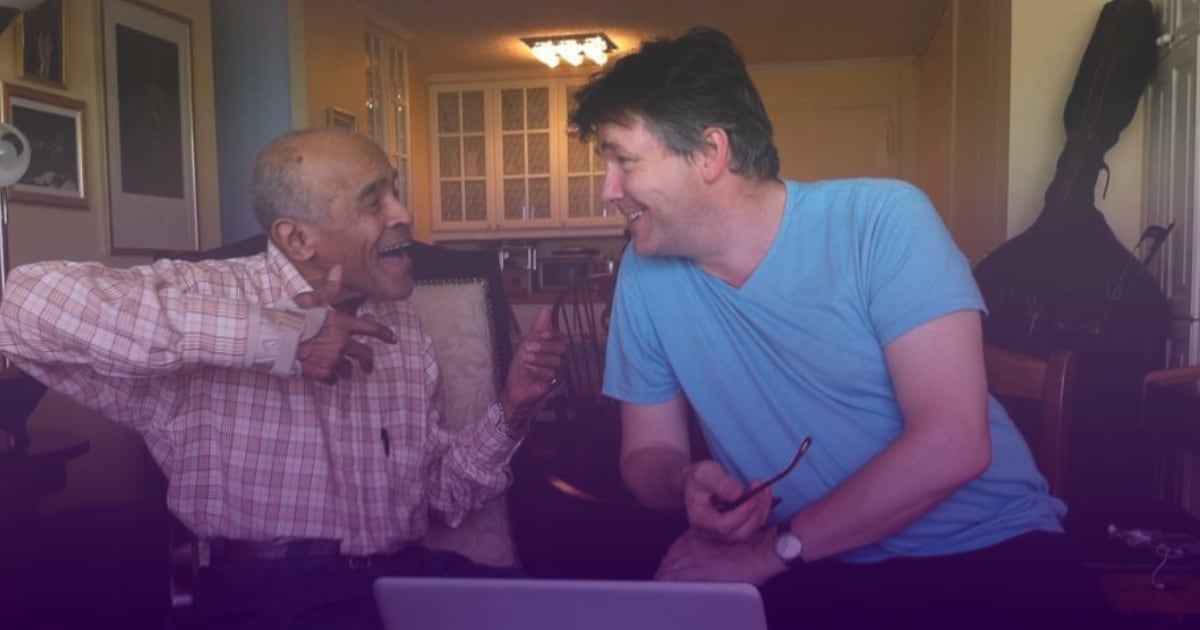 In this edition, I am delighted to bring you my friend and mentor of many years, Mr. Pete Churchill. The breadth of his influence and enthusiasm for music projects and pedagogy on generations of musicians across the globe simply cannot be underestimated.

NF: But not just young artists, also people who are writing at the end of their lives, like Kenny Wheeler and Jon Hendricks.

PC: Absolutely, I’m really interested in the people who are still writing fantastic music towards the end of their life. I want to hear what people are doing at that point. NF: Tell us a little of how the project came about with John Hendricks, who would have been a hundred this year.

Jon Hendrix, the great jazz lyricist, the poet laureate of jazz, as they call him, or the James Joyce of Jive, the great Bebop lyricist on singer from Lambert, Hendricks and Ross lived to the age of 96, and we (LVP) met him at a workshop at the Royal Academy of Music. That’s when I heard about this long-standing project where Jon Hendricks had been lyricising the great Gil Evans, Miles Davis masterpiece, ‘Miles Ahead’. And he’d been doing it for 50 years. Norma Winston, the great British jazz singer, said that in the late 60s, Jon Hendricks had been knocking on her door trying to get her to do Miles Ahead. So finally here we were, 50 years later. I foolishly said, “Well, we’ll do it.” And that was it. We were committed. I went to New York and worked with Jon and arranged the whole album for the London Vocal Project, and we managed to get to New York to sing it to him before he died.